I'm just now seeing this, and it may very well be my favorite beer ad. Australian beer ads don't mess around! Love it.

Pretty awesome... but if you don't know, that's my wife. So yeah, not eligible. But you are dammit! Get that pic with some Mother's and tweet it with hashtag #MothersHomeInvasion! And I'll stop yelling.
Posted by Woo Pig Brewey! at 7:48 AM No comments:

The countdown rolls on! We're at #7 and it's an Arkansas boy... Poyen, Arkansas' Justin Moore. His song "Beer Time" makes me smile for several reasons, but mainly for this part of the chorus:

Boys it's beer time,
this ol' town's dry
headed to the county line
for something cold.

Now THAT brings back memories. Great memories. When I first started drinking beer, nearly 100 years ago now (really), I was in a small dry town and as soon as that whistle went off at work it was often a mad dash to the county line (or Missouri state line in my case) where I'd see plenty of buddies and stock up on cold beer. Boys it's beer time!

I'm not sure how I lived without it now, but I have loved the Untappd app since I finally joined when I got my iPhone about a year ago (wasn't available for my archaic Blackberry). I like to keep up with what beers I drink, take a few notes, snap a pic and be able to look back and see what I'm drinking the most often and where. It's also a good tool to see what else all my friends are drinking and also the hot beers in the area.

So for the hell of it I've compiled a list of some of Arkansas' breweries to compare how many check-ins they've had on Untappd since it's inception. Keep in mind, some of these haven't even been open a year yet and some have only had a small amount of beer available. But regardless, here's how the state's current production breweries stack up as of 8/15/2014. Of note... Boscos included Memphis' numbers so I left them off. Several more breweries to be added in the next 6 months as well it seems. But for now...

Not too shabby for the natural state! I know I've done my part as several hundred of those check-ins are mine. Now get out there and pump those numbers up for your favorite brewery!

I'll revisit this list a few times a year to update.

Yay, my first Twitter contest! I've got a pack of some Mother's Brewing swag to give away so I came up with a little contest. It's pretty simple really, because I'm a simple guy. Just buy some Mother's at your favorite liquor store in central Arkansas during their launch week Aug 25th thru 30th and drink it. It's that easy! Well, one more thing, you need to take a pic and post it to Twitter.

What sort of pic? Well entertain and surprise me. It can be with your cat, underwater in your pool, around the fireplace, on the porch with your grandpa, chillin in the backyard during the sunset, paired with some food... whatever. Keep it G rated (or hey at least PG rated), post it on Twitter and hashtag it:

I'll pick a winner and presto... free Mother's stuff for you, sure to increase your coolness factor! Plus even if you lose, you still got to drink a bunch of Mother's beer so it's a win/win for you really. What's the risk?

So here's an example that I took, which sucks, I know. So you can do better... much better. Although I must admit this looks delicious. 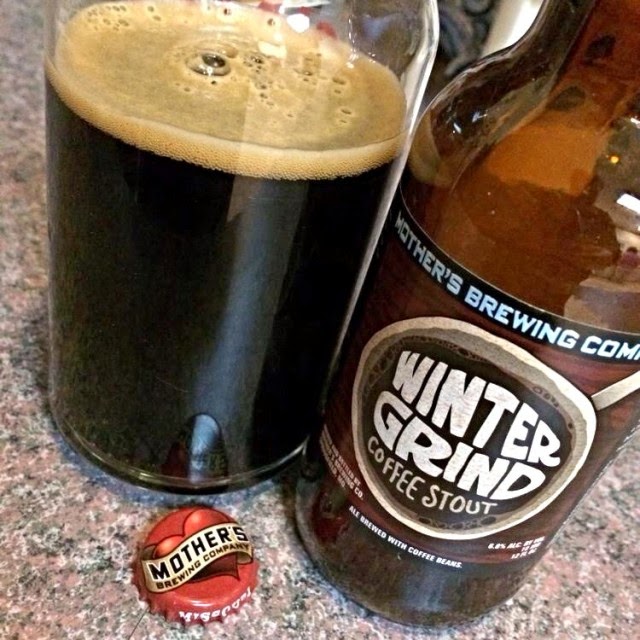 We're to #8 on the Top 10 Beer Song Countdown and it's a no-brainer. Here's the chorus:

This should be an anthem for beer lovers and how it wasn't the #1 song on every chart I'll never know. Amarillo, Texas' Kevin Fowler and his song "Hell Yeah I Like Beer" keeps our countdown moving. 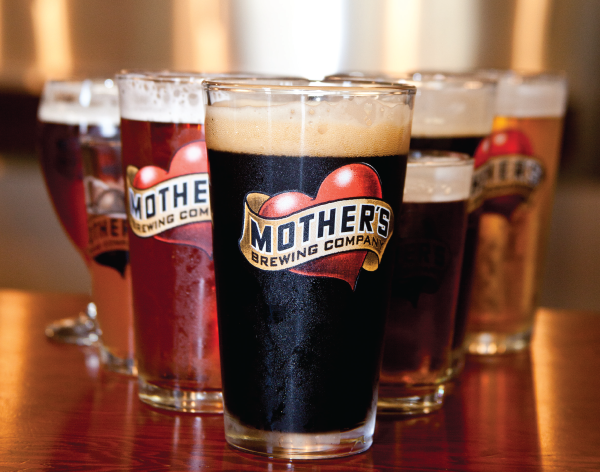 There's more! Like I said I'll update the Twitter feed with liquor store tastings and such and fill in a bit more meat and potatoes like times and costs on all of these events at they come in. Keep checking!
Posted by Woo Pig Brewey! at 6:29 PM No comments:

We're counting down my top 10 beer songs and at number 9 is one that not only has the wonderfully truthful line "I'm only gonna have one, but then I start to have fun." but the lyric video also show some beers from Oklahoma craft brewery Mustang, which is cool.

So my number 9 video is from Oklahoma/Texas boys Jarrod Denton & Marshal Dutton, known as Drankmore, and it's their ultra-catchy track "Beer Pressure":

It looks like the latest addition to the central Arkansas brewery scene is going to be Crazy Mountain Brewing Company, from Vail Valley Colorado. They should be hitting the market tomorrow!

Crazy Mountain Brewery is the Vail Valley’s first production brewery and is owned by Kevin and Marisa Selvy. Here's a recent interview with Kevin about their Snowcat Coffee Stout with a nice glimpse inside the brewery (it's not embeddable for some reason, so you'll have to click to launch): http://youtu.be/PgKvJxmRmzs

Below is list of the beers they make, but I'm not sure what we can expect yet. Checking some online sites it seems like their most generally available beers are the wit, amber and pale ale. I guess we'll know more tomorrow when they hit the shelves! 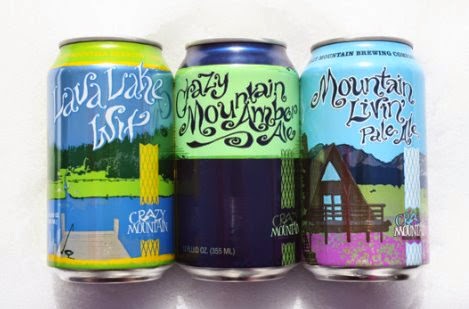 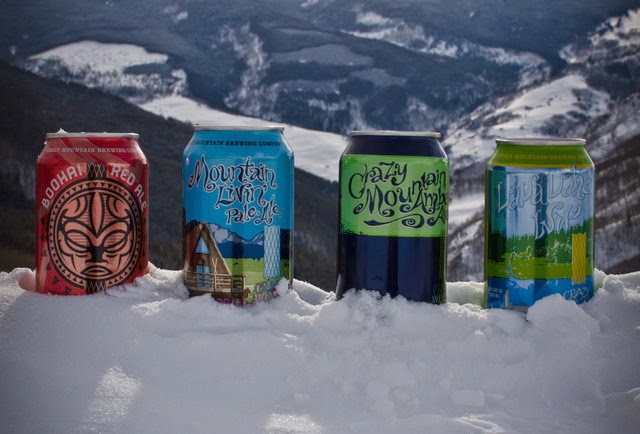 I was sitting around thinking of some really serious beer themed posts and it hit me. Beer has just gotten too serious. I enjoy beer... drinking it, talking about it and seeking it out. But all these ratings and snobbery and elitism and know-it-all-isms are really starting to get my nerves. Beer is fun. I like beer. I'm often guilty of forgetting that while sipping on a PBR.

So for the next few weeks I'm going to countdown my 10 favorite beer songs. You may count along, or try to figure out why your latest $20 bottle has an off flavor slightly with the 6 types of hops in the profile. Whichever.