Most Often Drank Beers of 2018

Here's a bit more depth on this Tweet if you give a rat's buzz... my top 10 in order were:

Lagunitas IPA sits at the top for a few reasons... I love it, our rep in Arkansas (Courtney) is awesome and it's readily available at most restaurants and such. A lot of my check-ins are at Verizon Arena for concerts. Their Sumpin' Easy is right behind it because it's super tasty and available at our minor league park, where I spend a lot of time in the Summer.

I go wild for Bell's Hopslam in it's seasonal release.

Coffee beers are my 2nd favorite style, so Xocoveza and Winter Grind get lots of love, year round.

The only local beer on my list is Headbanger's Ball, and it was originally called "Half-Century Headbanger" and debuted at my 50th birthday party. And it's delicious.

Grace and Grit is the best beer Great Raft makes in my opinion, out of many awesome beers in their portfolio.

So yeah, add the other 3 from Dogfish Head and Sweetwater and many of these will be on my list for 2019 I'm guessing.
Posted by Woo Pig Brewey! at 10:01 AM No comments: 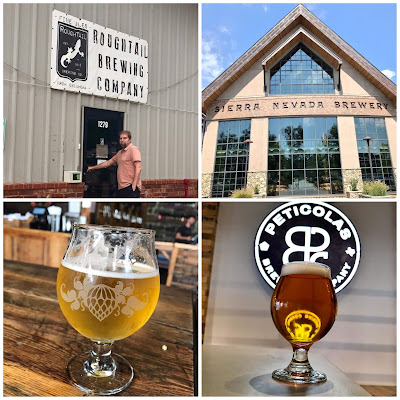 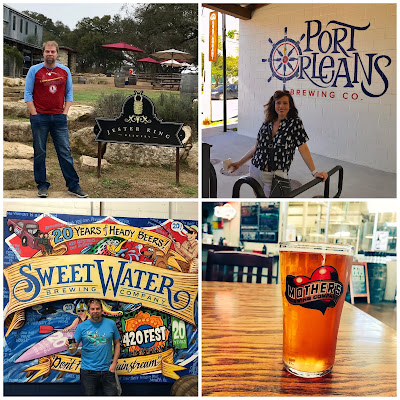 Here's some fun stuff from The Craft Beer Channel...
It's that time of year, as Jonny and the Brad make morons of themselves over a few strong Christmas beers. This year they go all out – panpipes, festive crisps, leftover toasties and lots and lots of nutmeg chat. Oh, and they drink some delicious cherry beers!
SUPPORT US!
Pledge on Patreon and get some cool merch & videos: https://www.patreon.com/craftbeerchannel
Buy our new book, the London Craft Beer Guide, today: https://www.amazon.co.uk/London-Craft...
And buy our first book, Beer School here:
USA (Amazon): http://tinyurl.com/zbjx4sn
UK (Amazon): http://tinyurl.com/zksjmdf
Europe (Beer Merchants): http://tinyurl.com/jy6fr2y
Twitter – @beerchannel
Facebook – http://www.facebook.com/thecraftbeerc...
Instagram – @jonnygarrett @mrbradevans
Remember to drink responsibly(ish) and not be that guy...
Posted by Woo Pig Brewey! at 6:44 AM No comments:

What is a Co-Op Brewery? -- Beer Industry Trending

With over 7000 breweries in the US Co-op breweries are becoming an increasingly common sight. But what is a Co-Op Brewery and how do they work? Ryan explores the community focused world of cooperatives this week on Beer By The Numbers:
.
Posted by Woo Pig Brewey! at 7:44 AM No comments:

Bell's Brewery: "Each holiday season, we offer special gift wrapping recycling to our employees. What can you do to cut down on landfill waste? Our sustainability associate Willow Cohn gives some tips for what you can do at home."
Posted by Woo Pig Brewey! at 11:00 AM No comments:

Dogfish Head Craft Brewery: "It’s been a minute … but 75 Minute IPA is back! What began as a cask-conditioned ale at our Rehoboth brewpub back in 2011, quickly grew to become a cult-favorite amongst craft enthusiasts. From the groucho glasses that adorned the label to it’s slightly dry and lingering bitterness, 75 Minute was (and is) beloved by many.

Now in our latest iteration, this classic IPA is again brewed with maple syrup from Sam’s family farm in Massachusetts, while being continually hopped throughout the boil, and then dry-hopped with a slew of cascade hops. The result is a malty and earthy brew with citrusy-pine aromas, balanced by subtle maple notes."
Posted by Woo Pig Brewey! at 7:39 AM No comments:

Wondering what your trade association has been up to on your behalf? Get a quick rundown of recent Brewers Association news, member resources and activities in this fourth edition of "Seasonal Six Pack" videos:
In this edition:
- 2018 Year in Beer Review
- 4,000+ craft brewing companies have signed up for the independent craft brewer seal
- 5% Craft Beer Growth in 2018
- 85% of 21+ adults live within 10 miles of a brewery
- Homebrew on the Hill
- CBC19 Denver
- Registration is now open!
Posted by Woo Pig Brewey! at 1:42 PM No comments:

Good video from The Craft Beer Channel:
"This week we try to answer the question of "what is a brut IPA?" We try the new trendy style and pick it apart to work out if it can achieve the aims of having the fruitiness of a NEIPA but the dryness and crisp finish of Champagne."
Posted by Woo Pig Brewey! at 1:58 PM No comments:

Beer By The Numbers: "While most beer innovations today are focused around creating new flavors and differentiating your beer in a crowded market, the innovations of a couple hundred years ago were all focused on making beer more consistent and nutritious. The Milk stout is a great example of this motive as combining beer with milk's nutritional value was a great challenge to overcome."
Posted by Woo Pig Brewey! at 12:33 PM No comments:

Here's last night's Tap Time on 103.7 The Buzz as we drank some great beers, picked some of our favorites of the year and talked to callers. Check it out below! 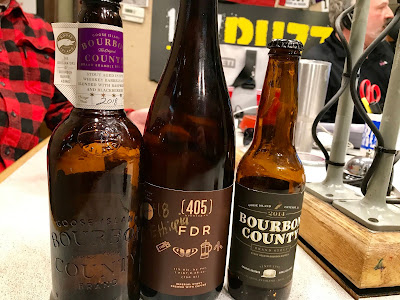 No guest on last night's show per-say but some great callers including Brian Sorenson, author of the book "Arkansas Beer: An Intoxicating History", which would make a great Christmas gift! We mention how the book needs an update, but that's just to cover new breweries and expansions. It's a great source for the history of Arkansas beer and breweries and a must read for the beer lover on your list. Highly recommended.

Check out last night's edition pf Tap Time on 103.7 The Buzz with our guest Slate Rock Brewing!
Posted by Woo Pig Brewey! at 9:19 AM No comments: