Here's Monday night's edition of Tap Time on 103.7 The Buzz with Courtney from Lagunitas filling us in what's up with them and Ashley from Fassler Hall in Little Rock talking about their upcoming Oktoberfest celebration.

Check it out below the pictures! 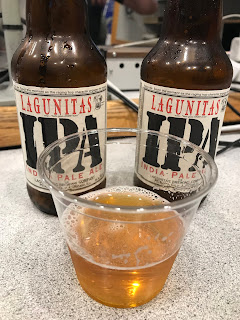 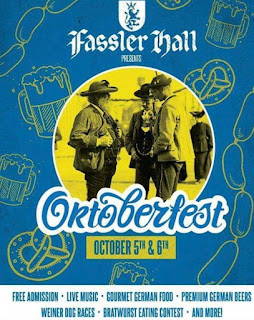 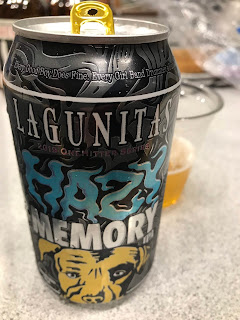 Marty Shutter, Marketing Director of Rogers based Ozark Beer Co. has been selected to join the National PR and Marketing Committee for the Brewers Association. Shutter was nominated to join the committee by the association's President, Bob Pease and recently accepted the position with the trade association representing America's booming craft beer industry.

Shutter, an accomplished artist, musician, writer and photographer has worked in marketing for nearly a decade and began working for OBC months after the company opened its doors. In his work for Ozark, Shutter has created the company's visual content through videos and photographs, created lasting community partnerships with some of the state's best-known organizations, created events and programming across the state and designed the marketing strategies for the brewery ranked 2nd in production in Arkansas.

"Marty joined Ozark Beer early in the life of the business, and has frankly been a huge catalyst for the growth, exposure, and success of the company," Ozark Founder and Headbrewer Andy Coates says, "Without his creativity and expertise, chances are that we would have joined the crowds and noise that has become social media and branding. He has given this business a voice and tone that resonates with many and does not rely on flashy gimmicks or worn out stereotypes to engage our consumers.  We are incredibly proud of all that Marty has done and are excited to see his contributions to the Brewers Association board."

The 14-member committee Shutter joins is responsible for creating national campaigns, strategies and content for its 5k+ member breweries representing a $79.1 billion impact (0.4% of US GDP) on the US economy.  Shutter joins a list of highly respected pioneers of craft beer and will be working alongside industry icons and familiar American businesspeople such as Sam Adam's founder Jim Koch and Dogfish Head's Sam Calagione.

For the last 2 years, Shutter has been a leader on the board of the Arkansas Brewers Guild and represents the Northwest corner of the state in Arkansas' rapidly growing craft beer business.  In 2018, the Brewer's Association estimated Arkansas' brewing industry to have a $838 million-dollar impact on the state.  Ozark, which was honored with Best Economic Impact Project by Mainstreet Arkansas in 2018, will produce over 5k barrels of beer this year, up from less than 500 bbls produced in the company's first year.

I can't think of a better person for this appointment to the BA National PR and Marketing Committee," says Sylvia Blain, Executive Director of the Arkansas Brewers Guild. "Marty is an original thinker with a genuine skill for creating excitement around ideas. His thoughtful leadership on the Arkansas Brewers Guild board of directors is something I have come to value. I am excited for Marty and for the Brewers Association and I believe having a member of the AR Brewers Guild executive team on this influential committee will be a benefit to our state organization as well."

Marty's work with the Arkansas Brewers Guild through its legislative outreach and local marketing initiatives caught the eye of national directors and alongside his work with Ozark made him an attractive candidate. "I've also been known to submit - unasked - my feedback on several of the association's initiatives, as well as pitching a few national campaigns earlier this summer. Craft beer and the myriad of success stories it tells from art, to science, American inventiveness and ingenuity is something I have been passionate about since my father began homebrewing in the early 80's."

For a brewery of our size (small in the grand scheme of breweries) to have our marketing director on the committee is really incredible," says Ozark Founder and Business Manager, Lacie Bray. "I think it speaks volumes to the quality of work that Marty has been quietly doing for years. Marty is a big picture person, but he also never loses sight of the details, and what he has done for Ozark has been invaluable. So, it is really wonderful to see his achievements and value recognized on such a large scale. I have no doubt he will be an asset to the Board."

Shutter heads to Denver next week for his first meeting with the committee during GABF, the world's largest annual beer festival hosted by the Brewers Association.
Posted by Woo Pig Brewey! at 11:58 AM No comments:

Can you brew good beer with bread?!

Really cool video from The Craft Beer Channel on brewing beer with bread. Check it out!

CBC: "This week we're at the amazing Belgian-inspired Unity Brewing Co in Southampton as they brew a collab with Toast Ale that tests the limits of brewing with beer. After hand slicing several kilograms we brew a delicious sounding rye saison with carraway!"

Here's last week's edition of Tap Time on 103.7 The Buzz with our guests Graham Linder and Kent Thompson from the Central Arkansas Fermenters giving us all the details on the upcoming Little Rocktoberfest at Dickey-Stephens Park in North Little Rock on Saturday Sept 21st. 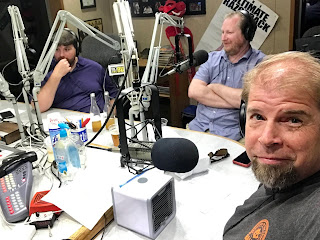 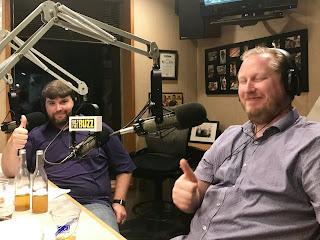 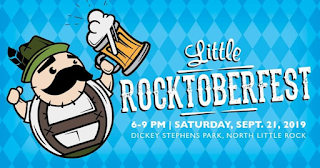