Here's last night's show on 103.7 The Buzz live from Fermentables Homegrown Hobbies in North Little Rock, AR for our Christmas Party with guests including Josh from Rebel Kettle, Ian from Stone's Throw Brewing and Ren from Flyway Brewing. 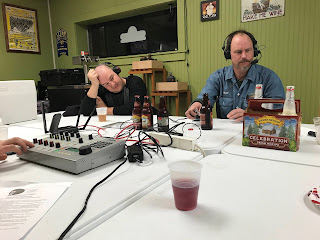 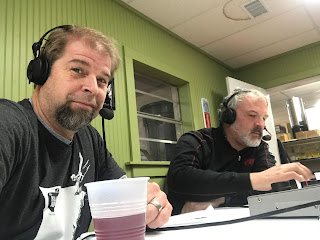 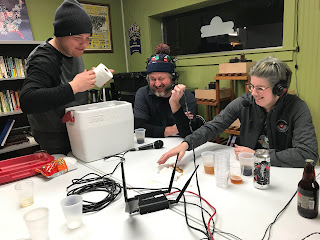 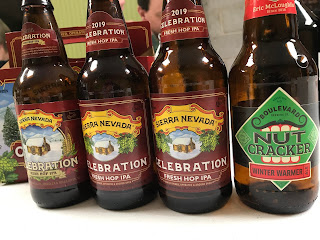 "This week we are joined by one of the world's greatest cheese experts, Ned Palmer, for a chaotic, euphemism-laden exploration of beer and cheese. Come for the geuze, IPA, stout and barley wine matched with incredible cheeses, stay for the rubber fish."

It's The Most Wonderful Time For a Beer

Well this is just freakin' great! 😂

Carlton Dry: It's the most wonderful time to learn the lyrics to our new Christmas song. Sing a long with our karaoke film - and here's to a wonderful Christmas with Carlton Dry!

One December Day In Tulsa

This past Saturday a buddy and I took our annual "Men's Weekend"  (wives don't accompany us) trip over to Tulsa to just basically eat and drink beer. I mean, that's really all we do. Seriously.

We made it to 10 breweries on the day and had an absolute blast. Much beer was drank, much food was eaten and much walking was done. Tulsa has a great craft beer scene and honestly it's all pretty walkable or at least short Uber rides apart. We chose to walk to keep the sobriety somewhat in check. I said somewhat.

So here's a stop-by-stop quick summary, in order, and with a little rating (5 STAR MAX) for each place based on our overall experience there. Not just the beer, but the people we met and the atmosphere as seen by a craft beer seeker. Interactions are usually more memorable than flavor profiles on these day long brewery crawls.

First stop of the day to get some food base for all the beer in the belly. Definitely more of a sports bar, as it should be since it's right by the ballpark, and the Oklahoma/Baylor game was on the telly so it was loud and rowdy. Had a slice of breakfast 'za and nice light malty Albion Ale. I'm not a fan of sports bar with fans yelling like they're at the stadium every time their team gets a 3 yard gain. But hey to each their own. I'd like to get back by this place when it's not as wild and visit with a brew house person. But on this visit... 1 STAR

Interesting choice of having no TVs and on this day (see above game) it was empty except for us. What a beautiful space though! Two stories, lots of room and all really clean and nice looking. Would be a great private event place. I had an easy drinking peach sour called Feeling Peachy. The bartender was chatty and cool but it was just a pretty dead place. Again, LOVE the space though and like to see a lot of sours. Still going to have to go with 2 STARS

Another really nice facility, but basically no interaction with the staff other than ordering. I had a light sour called Raspberry Pride that was OK but with tax it was over $9. After tip I'm in for $11 on one beer. So there's that. I believe they're "gluten-reduced" so I know that process is a bit expensive but I chug too much beer to pay $11 a pop. Ha. Anyway... overall experience gets 2 STARS

Now we got things going. Super nice bartenders that were very chatty about craft beer and the Tulsa scene. Neat little space that doesn't look like some corporate folks threw several million at it, but instead was build by passionate beer people. I had a good Tulsa Flag IPA and did a few small samples of other beers that were also well done. We swapped some Rebel Kettle special releases we had in our backpacks and traded stickers and I even dropped some money on a shirt, because the folks were damn cool. This is what I look for. Dead Armadillo gets 5 STARS

More of the same at this place, which looks like it was probably an old service station? Super cool use of the room they have and the 2 girls working at the bar were just fantastic. Chatty, welcoming and happy to get some cans brought from Little Rock. They let us sample most of the beers we didn't order and I drank a really nice Galaxy Pale Ale. Again, this place gets 5 STARS

It was a good little hike to our next brewery, but we'd heard good things about their beers so we had to check it out. The quality of beer wasn't disappointing. I had a "summer breakfast stout" called Morning Devotion and it was the best beer I'd had so far on the trip. Neat place, solid beers but the staff wasn't too interested in us even after we donated some beer. No worries, we met a really nice craft beer loving couple at the bar and chatted about the scene. They had bottle sales so I got a couple to add to the backpack to try back in Arkansas. I like the location, really like the beers but need to come back for a better overall experience. 3 STARS

After a bit of a walk back and a stop at a great BBQ food truck, we hit this taproom where we are familiar with a lot of the beer already. The bartenders here were fantastic too... very knowledgeable (I believe one was a brewer there) and fun. We talked and sampled plus I had a good, thick Dark By 5 PM stout. Bonus points... we saw Eric Marshall in there and got to chat with him awhile and scored some fantastic Black Dolphin and more. This is a great taproom with very cool folks and one of my favorite Oklahoma breweries. 5 STARS.

Just across a courtyard, this place has a cool vibe on the tap room side and more of a party vibe in an adjoining room... depending on which side you're in the mood for I guess. Another spot with very cool people working We got beers and stickers and had a really good experience. I had their 2nd Anniversary Ale which was a golden ale aged on cherries and was very happy with it. Definitely would go back here.... 4 STARS

This new facility is AMAZING. It's huge and just beautiful. Great selection of taps with the only difficult thing being you have to decide which to have. This was the only place all day where we actually had 2 beers each (we didn't sample anything). I had an outstanding sour called Year Three Blend and also double dry hopped IPA called Secret Mascot that was really damn good. We didn't have any interactions as there was no where to sit at the bar and the employees were all swamped. We did see Chase a couple of time but didn't get to chat with him. Still though, this place is wonderful and the beer is wonderful. Overall experience... 4 STARS

So by this point we've got some heavy-ass backpacks full of beer and are a long way from downtown so we Uber'd back to the hotel for a drop-off then a final stop...

Always love their brewpub downtown, but it's definitely more like a restaurant than a tap room (by design of course) and we weren't eating so we just sort of sat off to the side and had a beer. I had a crazy fun Seasick Crocodile, which is a "Christmas sour" ale with cranberries, nutmeg, cinnamon and ginger. Yeah, a sour with those spices. It all works too as I thought it was fantastic. Great spot, always killer beer on tap and a place where you really need to have dinner and pair some beer for the full experience. This visit.... 3 STARS

So that's it. A day around Tulsa. Of course we closed things with an Old Fashioned at Valkrye but this isn't a bourbon blog. Get yourself to Tulsa, hit some spots and make your own opinions. Every visit to a brewpub should be different for every person.

I'll say it again: beer should about the experiences. Make some.

Check out last night's edition of Tap Time on 103.7 The Buzz with our guest Kenny Peden, Head Brewer at Brick & Forge Brew Works in Harrison. Plus we do a 10 year challenge of Goose Island Bourbon County Stouts... 2009 & 2019. 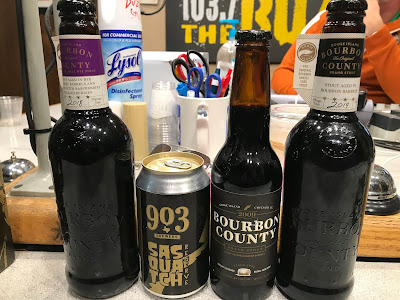