Below is a press release announcing Victory Brewing Company's expanded distribution to Arkansas. The Downingtown, PA-based craft brewer is now available in 36 states.

DOWNINGTOWN, PA, April 30, 2015 –Victory Brewing Company® (Victory) is excited to bring their craft to the beer drinking fans of Arkansas next month. The footprint expansion west marks the 36th state Victory can be found and by mid-June, Arkansas residents will be able to purchase Victory at craft beer bars, restaurants, liquor stores and major gourmet grocery stores throughout the state.

Victory’s flavorful brews will enter the market under distribution by Arkansas Craft Distributors.

Fans can expect to see Victory debut at Foam Fest on May 9th, and Summer Love Ale available on draft beginning May 11th.  By mid June, Victory’s famed DirtWolf, Prima Pils, Golden Monkey and HopDevil will be available for purchase at retail outlets throughout the state.  Distribution of Victory’s other core brands and seasonal selections will follow shortly after the initial launch.

“We’ve had many requests to bring our beer to the Arkansas and are extremely excited we can finally oblige by offering our full-flavored beer to these fans and introducing Victory to a new audience of craft beer lovers,” said Vice President of Sales & Marketing, Steve German.

Victory’s first celebration of the art of craft beer will take place May 9th from 6:00pm to 9:00pm at the Fayetteville Foam Fest in Fayettville.  The event will showcase more than 80 breweries pouring different craft beers while showcasing local bands and food trucks.

To learn more about Victory Brewing Company visit us on the web at www.victorybeer.com.

Man I have a long-time love affair with Stone Ruination going so I'm sad it's being "retired" of course, but I can't wait to get my palate on this new version. Hopefully bigger and better even. In the meantime this video makes my mouth water even more. Soon...
Stone's YouTube Channel: Stone Ruination IPA was the first full-time brewed and bottled West Coast double IPA on the planet. As craft beer has evolved over the years, so too have techniques for maximizing hop flavors and aromas. For the second incarnation of our groundbreaking India pale ale, we employed dry hopping and hop bursting to squeeze every last drop of piney, citrusy, tropical essence from the hops that give this beer its incredible character. We’ve also updated the name to reflect the imperial-level intensity that’s evident in every sip. Join us in cheering this, the second stanza in our “Liquid Poem to the Glory of the Hop.”

I love these videos from Dogfish Head founder Sam Calagione, one of the rock starts of the craft beer world. I have their old Brew Masters TV show on DVD and break it out once in a while still, usually after watching one of these clips. Actually visiting this treehouse and brewery is on my beer bucket list.

As a bonus treat I have included the video from the legendary PAIN RELIEVAZ for "Pinchin' Pennies" below. You're welcome.

Published on Apr 10, 2015
Hop up into the Steampunk Treehouse for some truth-talking with Dogfish Founder and President Sam Calagione.

Here's a short 3-minute interview I did on local newsradio KARN 102.9 for National Beer Day. The worst part of these interviews is just not getting everything in I wanted to talk about! If you know me, you know I can blab about local beer at the drop of the hat for 30 minutes. 3 minutes is a travesty! But alas, I did mention a new location for Leap of Faith, Lost Forty Love Honey Bock, new beers from Stone's Throw and Diamond Bear and something about the soon-to-be booming North Little Rock beer area. Enjoy.

Beautiful stuff here from HopStories channel on YouTube. Enjoy.
Published on Apr 9, 2015
As winter in the valley fades away, hop farms begin to wake up.

Willamette Valley Hop growers have a strong connection to their environments and each other. It is a small community of growers who watch over their crops for multiple generations.

Great care is taken throughout the entire spring, to provide the best environment for these plants to grow into beautiful cones in the late summer. These hops will be used in some fantastic beers across the country and around the world. 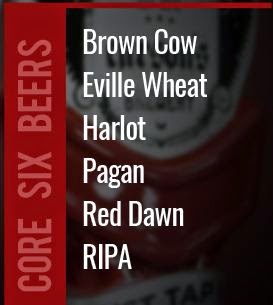