Bells' Brewery: "Every summer we release an Oberon mini keg. Here's a look at each unique design. Which one is your favorite?"
Posted by Woo Pig Brewey! at 2:03 PM No comments: 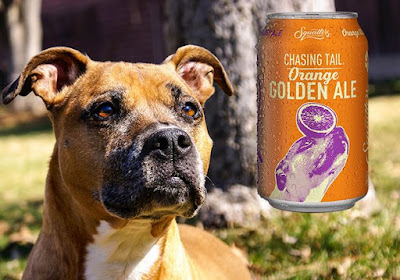 OK, these aren't the only beers I drink in the hot Arkansas summer months, or not even the only styles I drink all summer. I'm just as likely to have a stout or something barrel-aged or a big IPA sitting next to me at the pool. These are just some lighter, more approachable beers for like let's say if I've got a whole day at the lake or pool coming. Or maybe 18 holes of golf. Have you ever tried drinking an imperial IPA the whole day on a golf course? Pro tip: don't.

So this is just my list of lower ABV, available in a can, and easier on the palate for a whole day of drinking type beers from the radio show the other night. Perhaps I'll just call it my Summer Six Pack? Cause lord knows it's the only six pack you'll see near my abs when I've got a swimsuit on.

Flyway Bluewing Berry Wheat (4.9%) - I started with a local pick, from North Little Rock's Flyway Brewing, which is an American wheat beer with blueberries added to the fermentation. Super easy on the tastes buds, very refreshing and not too sweet. The can design is gorgeous as well. 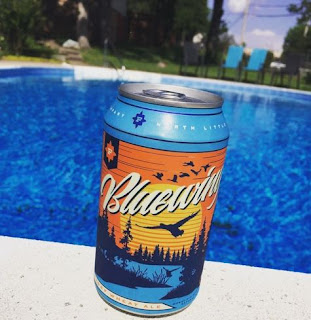 Dogfish Head SeaQuench Ale (4.9%) - A mash-up of a tart berliner, a salty gose and a crisp Kolsch brewed with black limes, sour lime juice and sea salt. It's just so easy to drink and leaves you immediately wanting another. Easiest drinking beer ever made by Dogfish Head in my opinion. 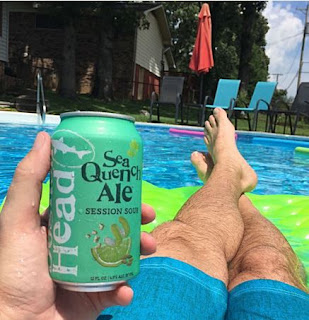 Ballast Point Tart Peach Kolsch (5.2%) - A really easy drinking Kolsch that's tart with a nice amount of peach fruitiness. This one just screams summer beer for peach lovers like me. Having the six-packs in the Kroger right by my house also insures my wife keeps it stocked in the beer crisper from her frequent visits there. 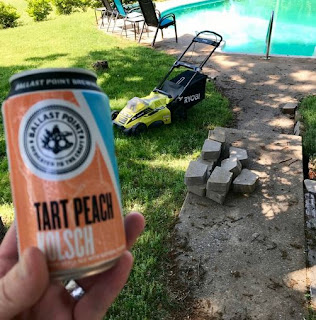 Sweetwater Tropical Lover (4.8%) - I first drank this at the Sweetwater brewery when in I was in Atlanta for 420 Fest last month, then continued to drink it all weekend. It's a nice Berliner wheat ale brewed with mango, passionfruit and guava and if you're at an all day music festival and you start drinking around breakfast, you gotta stay light. Don't judge, but some summer days I may just start drinking around breakfast. 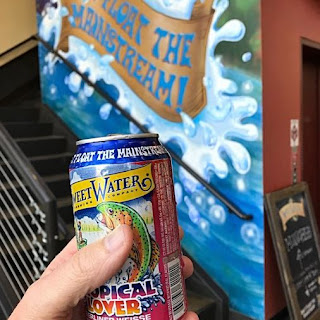 Founders Green Zebra (4.6%) - I've tried a lot of watermelon beers that seem to have missed the mark by not being quite as "watermelony" (my word!), but this watermelon gose nails it. Lightly hopped, dry with a hint of salt on the finish. So easy to slam and rewarding for your summer watermelon dosage. Plus, no seeds! 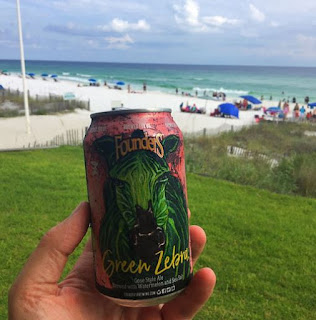 Rahr & Sons Paleta De Mango (5.5%) - This Mango Chile Lime Kolsch has been a huge hit at my house and fortunately it's also available at our local minor league baseball park, where I spend quite a bit of time in the summer. It's quite crushable with a nice amount of fruitiness followed by some back-end heat. 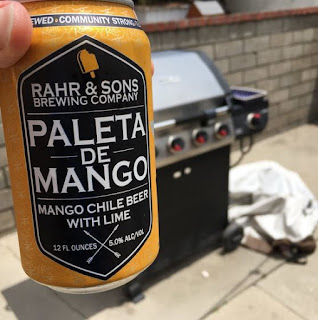 So put together that six-pack for a hot round of golf or boating or whatever the hell else you want to get out and do in this hot, muggy southern weather and let me know what you think. Cheers.
Posted by Woo Pig Brewey! at 9:47 AM No comments:

Here's our Tap Time show from last night, when were live from Edward's Food Giant with Marty from Ozark Beer Co. and Eric from Lost Forty Brewing as guests. 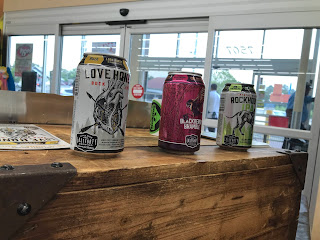 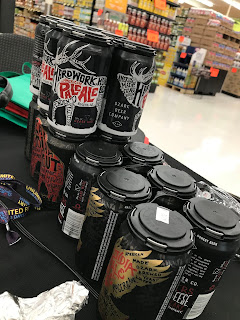 Bell's Lager of the Lakes

Bell's Brewery: Many mainstream lagers are brewed with corn and rice. Lager of the Lakes is not. Crisp, refreshing and full of flavor, our recipe will challenge what you think you know about the style.
Posted by Woo Pig Brewey! at 7:48 AM No comments:

Check out last night's Tap Time on 103.7 The Buzz with our guest Steve Shuler from Rock City Eats as we discuss the Arkansas beer scene plus his visit to Prestonrose Farm and Brewery and Ozark Beer Company for the release of BDCS 2018 plus more... 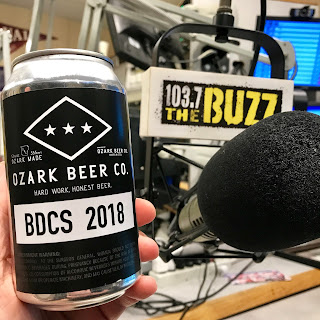 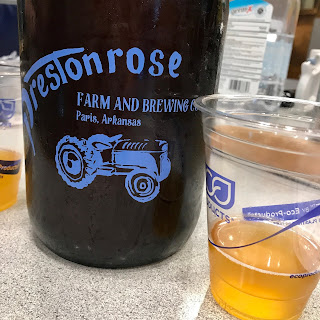 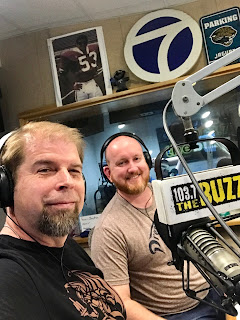 In the past year I've been fortunate enough to make it to Stone's Escondido brewery and also Liberty Station. The wife and I are also planning a trip to Richmond this year so I guess I have no choice but to somehow make it to the Berlin brewery as the icing on the cake soon. Anyway though, I love Stone. Watch the video I guess.

Check out last night's episode of Tap Time with our guest Josiah Moody from Bike Rack Brewing plus we discuss my visit to Sweetwater 420 Fest in Atlanta and have a round table on just how many breweries Arkansas can handle.
Posted by Woo Pig Brewey! at 6:14 AM No comments: