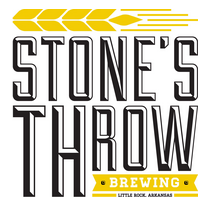 Beer School: How to taste beer like a beer judge

Typical good stuff from The Craft Beer Channel:
Sometimes a beer should be served cold and slung back, other times we should think about what we're drinking. Jonny meets Ray Daniels, founder of the beer-serving accreditor Cicerone, to find out how to taste beer properly.

Turns out he's done it wrong all these years... but you probably knew that.

Check out our partners at http://www.beermerchants.com

Remember to drink responsibly(ish) and not be that guy...
Posted by Woo Pig Brewey! at 8:51 AM No comments:

Eating and Drinking Sustainably at the Homegrown Music Festival

Each ticket holder will receive a bag upon entry to help with the mission of being a zero-waste festival.

"Please rewind all tapes and be good to one another."
http://homegrownfestival-ar.com/
Posted by Woo Pig Brewey! at 7:20 AM No comments:

Video: The IPA for Hop Fanatics

"The IPA for hop fanatics - now available in cans."

Stone Brewing: "We made a minor change to the dry-hop for Stone IPA back in late April, ultimately adding a little more hop complexity to the flavor. We thought the best way to discuss this update was to sit down with Stone CEO & co-founder Greg Koch, co-founder & Original Brewmaster Steve Wagner and former Brewmaster Mitch Steele…the folks who know Stone IPA best!"

Kansas City's Boulevard Brewing Company is in the midst of a brand refresh. Here is their Creative Director Brent Anderson and Designer Frank Norton connecting the dots as to why they did what they did:

LITTLE ROCK (June 28, 2016) – Historic Arkansas Museum, a museum of the Department of Arkansas Heritage, will open its historic grounds during 2nd Friday Art Night on July 8 from 5 to 8 pm. There will be live music by The Pickoids and Historic Arkansas Museum’s 75th anniversary beer, developed by Stone’s Throw Brewing, will be released. This special 2nd Friday Art Night will feature the museum’s original historical exhibit, the museum’s grounds—a preserved remnant of Little Rock’s oldest neighborhood, saved from demolition by museum founder Louise Loughborough and opened to the public 75 years ago in July.

Guests are invited to travel back in time during this historic happy hour as they explore historic gardens and encounter costumed interpreters in the Woodruff Print Shop, Brownlee Kitchen and in Little Rock’s oldest surviving structure—the Hinderliter Grog Shop (c. 1827). Visitors can experience living history by meeting Mr. Hinderliter in the Grog Shop, make wax seals in the Print Shop and sample a unique pioneer drink in the Brownlee Kitchen. Guests who visit each site will win a Historic Arkansas Museum car decal and will have a chance to win a special prize.

Little Rock’s first brewers were German-born Alexander and Henry George who operated a biergarten in the mid-1800s on Rock Street. For the museum’s 75th anniversary, Ian Beard, Theron Cash and Leah Lambert of Stone’s Throw Brewing drew on their own research and that of the museum’s Arkansas-made team to create a tribute beer similar to a 19th century George Bros. brew. The George brothers came from a warm region of Germany which suggests that their beer would have been similar to Belgian-style farmhouse ale. Additional research revealed which brewing ingredients would have been available to the George brothers. With the addition of wild Arkansas yeast harvested by Grant Chandler (Lost Forty Brewing) from plums in Dunbar Community Garden, this 75th anniversary ale is an Arkansas-made ale of historic proportions!

Historic Arkansas Museum is an agency of the Department of Arkansas Heritage, which was created in 1975 to preserve and enhance the heritage of the state of Arkansas. Other agencies of the department are Delta Cultural Center in Helena, Arkansas Arts Council, Arkansas Natural Heritage Commission, Arkansas Historic Preservation Program, Mosaic Templars Cultural Center and Old State House Museum.