Clawhammer Supply: "Join us for a brew day from the 80s with this homebrew recipe that's back from the future. We're brewing another beer from quarantine and this time it's an Amarillo Pale Ale. This is a perfect summer time recipe that makes a bitter and floral pale ale that's perfect for mowing the lawn or taking to a cookout. Other than beer, we discuss some of our favorite movies from the 80s and the early 90s like Edward Scissorhands and Pee Wee's Big Adventure, which is Kyle's favorite movie. Make sure to check out the resources below for a full recipe, to shop for homebrewing equipment, and to learn more about Amarillo hops."

Full Recipe: https://www.clawhammersupply.com/blogs/moonshine-still-blog/amarillo-pale-ale
Posted by Woo Pig Brewey! at 11:24 AM No comments:

Check out last night's episode of Tap Time with Brayan and David from Brood & Barley restaurant in Argenta!
103.7 The Buzz · Tap Time 6-22-20 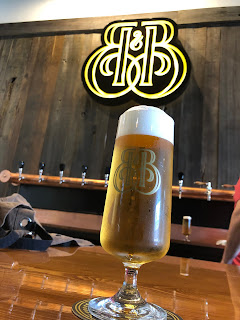 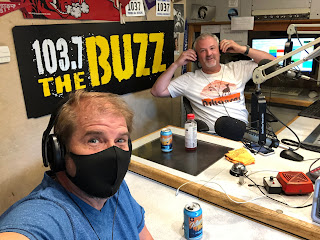 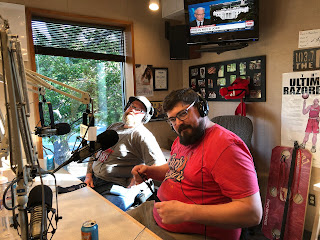 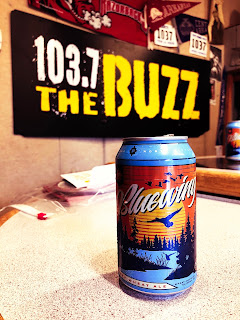 Check out last night's edition of Tap Time on 103.7 The Buzz with our guests Ian and Theron form Stone's Throw Brewing in Little Rock.

A new potential summer favorite via the mighty Stone Brewing: "In 1996, Stone Brewing was founded in San Diego County, just minutes from the border. Since then, influence from our southern neighbors has enriched and inspired us on our undying mission to brew bold, flavorful beers. One such inspiration is Stone Xocoveza, our imperial stout originally released in 2014 to bring the rich, complex flavors of Mexican hot chocolate to beer. It’s with mucho gusto that we now follow with our take on a classic lager that is similarly inspired (and tasty) - Stone Buenaveza Salt & Lime Lager.

Brewer Ben Sheehan created this beer while working down at Stone Brewing World Bistro & Gardens – Liberty Station. Stone Buenaveza Salt & Lime Lager’s inspiration comes from Southern California, which is vibrantly influenced by our neighbors to the South. California's spoiling, warm weather encourages outdoor activity year round - and now the rest of the nation can join in. From surfing our coasts, to snowboarding and biking in the mountains, off-roading through deserted lands, or boating and fishing in our lakes, Stone Buenaveza Salt & Lime Lager is an excellent companion. It’s a thrillingly crisp, clean, refreshing Mexican-style lager that quenches thirsts, while gratifying taste buds via lime and sea salt."