Dogfish Head founder Sam Calagione heads to Oklahoma City to celebrate Record Store Day and craft beer with indie-rock legends The Flaming Lips. In addition to tasting a couple extra-special collaboration brews, Sam and lead singer Wayne Coyne discuss their own offbeat collaboration called Dragons & Yum Yums—a tropical pale ale packed with dragonfruit, yumberry, passionfruit, and black carrot juice. With the ingredients of the beer as his muse, Coyne wrote lyrics for a special release called "The Story of Yum Yum and Dragon," pressed into super-limited vinyl records injected with the beer itself. There's music in the beer, and beer in the music...literally.

First We Feast videos offer an iconoclastic view into the culinary world, taking you behind-the-scenes with some of the country's best chefs and finding the unexpected places where food and pop culture intersect. 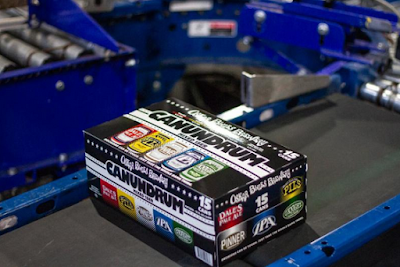 Oskar Blues Large Format Packages are up Over 100% From 2017

LONGMONT, CO, AUG 22, 2018 - The Oskar Blues Brewery CANundrum variety pack, previously presented as a 12-pack, is now available as a 15-er dream team of the brewery's best core offerings. Oskar Blues provides more diversity to the beer drinker with the new format, which will be distributed nationwide starting Sept. 1. Oskar Blues is one of only five craft breweries in the U.S. to release a mixed 15-pack.

Oskar Blues Brewery has crammed five straight-shooting brews into one box. So what’s inside?

The U.S. Open Beer Championship recently honored G’Knight Imperial Red IPA with a gold medal in the Imperial Red IPA category. Up 121% in 2018, this monstrously malted, sadistically smooth and well-balanced beer is America’s Velvet M-80. G’Knight is an OG Oskar Blues beer brewed and named in honor of a real life American hero, Gordon Knight. Knight was a Colorado craft beer legend, decorated Vietnam vet and Purple Heart recipient who lost his life in a helicopter crash while fighting a wildfire outside of Oskar Blues’ birthplace of Lyons, CO.

The 15-pack offers more of what today’s craft drinker demands – variety. That desire is demonstrated by 32.6% growth YTD in mixed can packs. Additionally, many of the “Impact Brands” identified by the BA in 2017 were mixed pack offerings, demonstrated by the success of the Oskar Blues shrink-wrapped CANundrum 24 multi-pack with packaging engineered by The Dow Chemical Company, which is up over 400% YTD.

Oskar Blues’ CANundrum is the choicest choice you don’t have to make. Why pick one Oskar Blues beer when you can have ‘em all? Play to win and find a 15-pack CANundrum near you using the beerfinder.

﻿To keep up with all things Oskar Blues, visit http://www.oskarblues.com/.
Posted by Woo Pig Brewey! at 1:30 PM No comments: 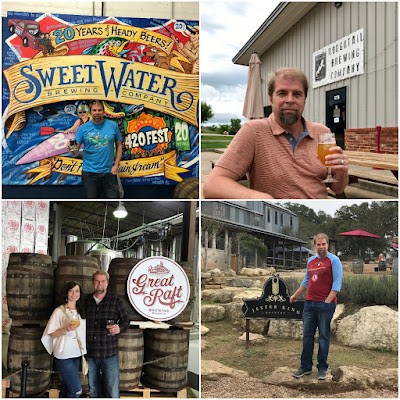 My God this new release from the bad asses at Ballast Point sounds amazing. I'm digging most of these wine "inspired" (related?) beers that breweries are doing lately.

Ballast Point: "After years of exploring a variety of oak barrels and beer styles, we’ve decided to bottle a few of our favorites. Named after the site of our barrel-aging cellar, our Trade St. Collection celebrates the deep and distinctive flavors of barrel-aged beers.
Our newest release in this series is a White Wine Barrel Aged Sour Wench, available in 4pk bottles. After resting in both chardonnay and sauvignon blanc barrels for over six months, our Sour Wench emerges with aromas of freshly sliced white peach, citrus, woody oak tannins and rich vanilla. Within every sip you’ll taste hints of crushed berries and ripe apricots with a deliciously buttery smoothness from the chardonnay barrels, while finishing dry from the sauvignon blanc. Easy-drinking for a barrel-aged beer, it’s tart, refreshing, and delightfully smooth."
Posted by Woo Pig Brewey! at 10:07 AM No comments:

Ken and Terence hit the road to pick up Ken's original brewhouse.
Posted by Woo Pig Brewey! at 2:00 PM No comments:

Check out last night's Tap Time on 103.7 The Buzz with guest John Lee from Rebel Kettle Brewing in Little Rock as we talk about their new beers, expansion and the effects of social media on breweries all while drinking some of their upcoming bottle release, Fuzzy Dice. 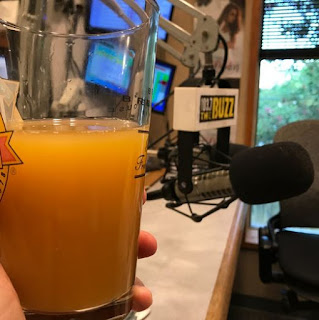