Next Week Is Summit Week In Central Arkansas

Not just a release day now, but there are some great events planned all next week for the Summit Brewing Company Launch. You can find a Summit-themed event every day except Monday, so make up your own for that day (it is pint night at the Flying Saucer though... hint, hint).

* Saturday, February 1st - the start of Stickyz Rock N' Roll Chicken Shack Beer of the Month with Sága IPA only $2.50 a pint ALL MONTH LONG! This is a usual feature for Stickyz and lately they've has some solid picks for BOTM, and it's damn tough to beat $2.50/pint anywhere. In warmer weather, their patio is just right too.

* Sunday, February 2nd - Summit Super Bowl Party at The Flying Saucer Draught Emporium with a different Fire Sale Beer each quarter of the game! I mean is there a better way to watch the game than getting to sample 5 of their new beers to the market, a pint at a time, a quarter at a time? For a good price? No I say. 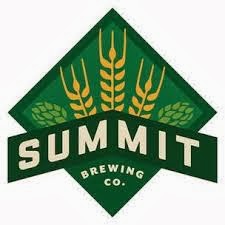