Visit To Memphis Made Brewing

If you're from Little Rock and enjoy getting over to Memphis for weekends regularly as do I, I'm sure you've also had some frustrating trips on I-40. It's the interstate/parking lot that seems to have been under construction since prohibition. John Lee (Rebel Kettle Brewing) and I took a a quick trip over on Sunday, but the drive over was anything but quick. 4 hours and 25 minutes (and approx 200 curse words) later we got to town, and thanks to the super patient Drew Barton at Memphis Made Brewing, we still got to stop by the brewery and visit for a little bit as we'd planned. It made the drive seem like a distant memory pretty quickly.

Memphis Made Brewing is located in Cooper­-Young and it's just expanded, after less than a year in production (they opened in Oct 2013). They recently installed three new fermenters, doubling their capacity. These guys are just pretty much everything I want in a brewery, except of course I wish their location was much closer to my home. The owners/operators/brewers are just the type of guys you pull for to really succeed, I dig their marketing, and oh yes... the beer. Damn tasty stuff.


We got to sample the newest brew, Bearcat, an IPA (Simcoe, Chinook, Citra and Mosaic hops) that's very nice. Also had some Lucid, a Kolsch that's crisp and easy to drink, but with a spicy hop note from Herkules hops in the back end. And lastly, we tried the FANTASTIC Soulful Ginger, a 6.2% ABV golden saison brewed with candied ginger and peppercorn. This brew is just so completely kick ass, Elvis might come out of hiding to sing a song about it.

So find these guys on your next Memphis trip for sure. Their tap room at the brewery is hoping to be opened this fall (there's a picture down below of the future patio area). Until then, you can find the 750ml bottles in some stores (we did at Cash Saver) and they're on tap in plenty of places around town. Ask for them. 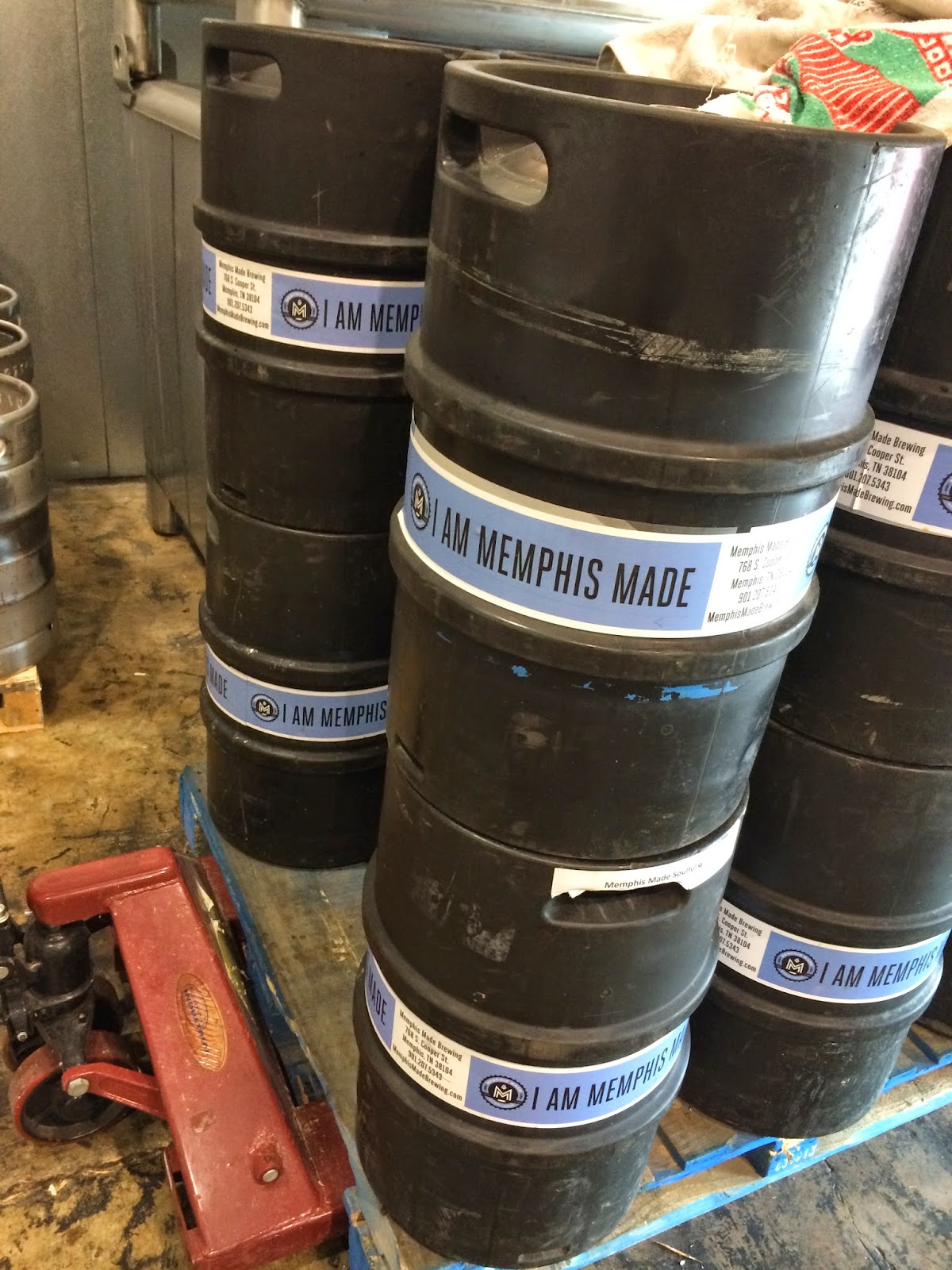 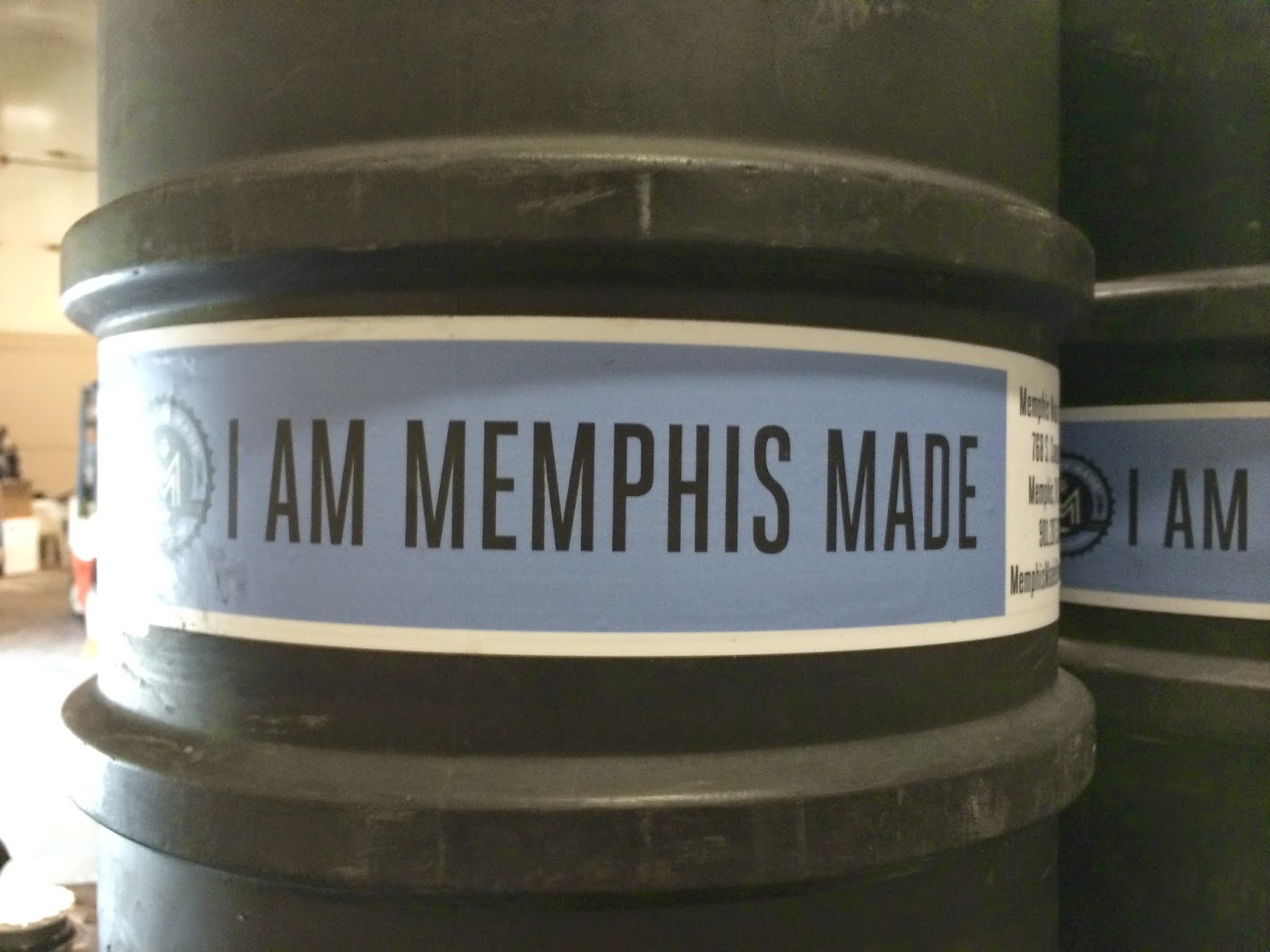 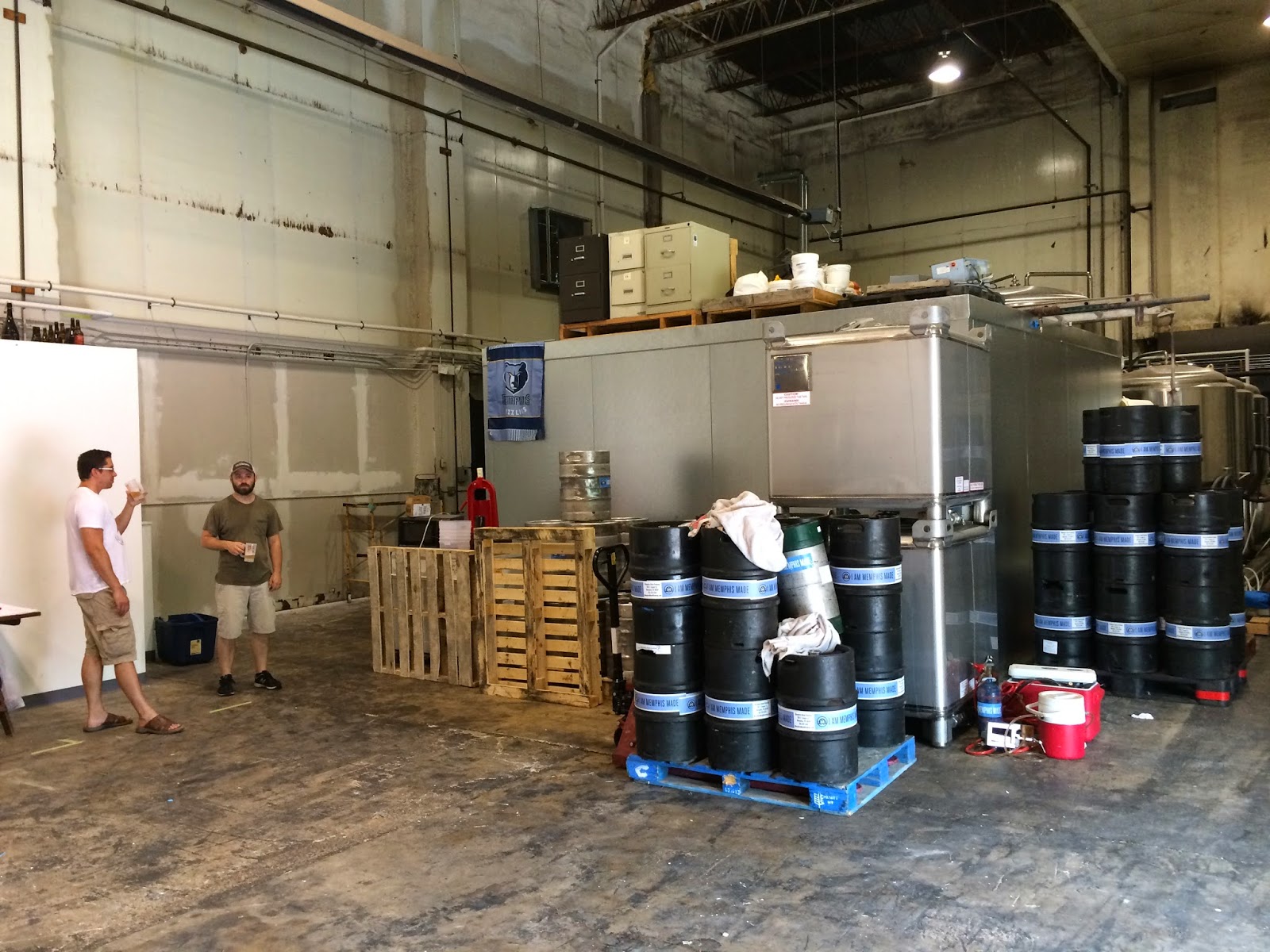