Welcome to Arkansas: Against The Grain

I'm still reeling a bit from the launch of not only Founders last week, but Southern Star and Leaky Roof Meadery. And oh yes, Foam Fest on Friday night. HUGE week. Need rest? Maybe so, but now I was told this morning that we should be seeing our latest brewery to land in Arkansas, Against The Grain Brewery, on the shelves tomorrow. Look for the first 2 beers, 35K and Ctira Ass  Down, in 22 oz bomber bottles. Judging from their website and beer names these guys are going to be a lot of fun and I can't wait to try their first 2 beers.

Here's some info to get you better prepared:

"Against The Grain Brewery is Louisville's first brewer-owned brewery and, like most worthwhile undertakings, the product of dissatisfaction with the status quo. We maintain a diverse array of beers covering all of the major categories of beer flavor while generating an endless stream of innovative new brews. Essentially, we are tired of the regular old 'stuff.' At Against The Grain, we have thrown the traditional mode of thought (producing the same thing over and over, I think they call it consistency) out the window and shifted our energy to producing amazing beer consistently, which can be any given style or twist on it. We hang our hats on quality and want people to know that there is a world of options out there....and we make them!!"


35 K
Not your typical “Jelly of the Month Club” beer. Dark roasted malt and bittersweet cocoa and coffee flavor and aroma burst from this pitch black milk stout. The full body and sweetness are derived from the addition of lactose (aka milk sugar) which is not fermentable by beer yeast. A healthy dose of Nugget and Crystal hops provides a counterpoint to this ale’s rich and complex maltiness. 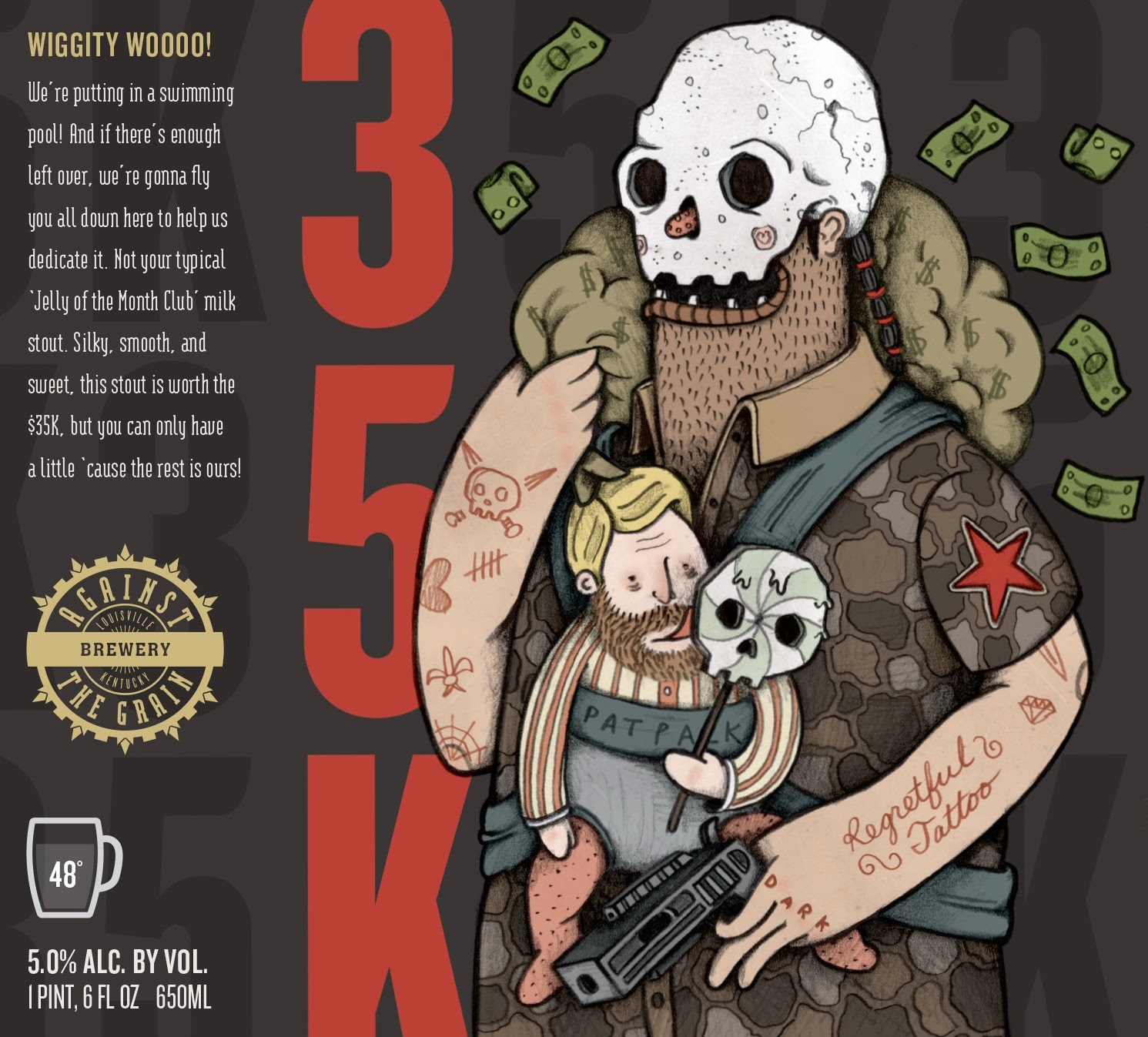 This is a very hop forward American style IPA. Brewed with Pale, Vienna, Munich and wheat malt for a solid base for all American hops, focusing mainly on the variety “Citra.” Citra hops are a relatively new variety introduced in 2008. It was bred as a hybrid of a number of different hops, including Hallertauer Mittelfrüh, U.S. Tettnanger, East Kent Golding, Bavarian, Brewers Gold, and other unknown hops. The resulting hop, Citra, has a distinct citrusy and tropical fruit flavor and aroma. In Citra ass down we used American Columbus for bittering and 11# of Citra at the end of the boil for late kettle addition flavor and aroma. Then we added 6 more pounds Citra and 5# Centennial post fermention for aroma. Rebrewed for your tasting pleasure! 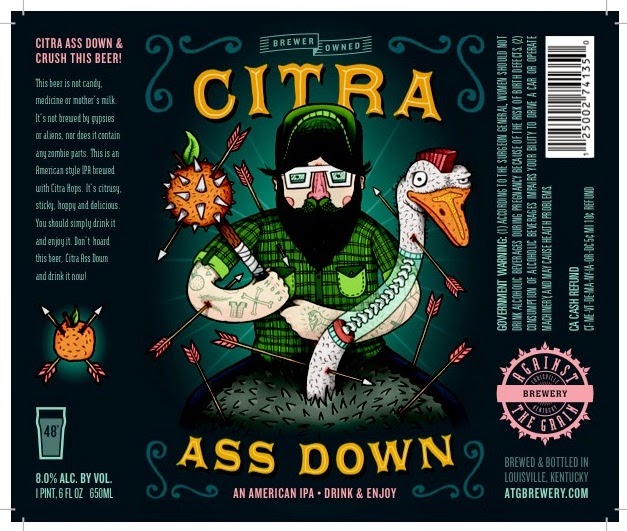 Email ThisBlogThis!Share to TwitterShare to FacebookShare to Pinterest
Labels: Against The Grain, Launch