The Beericist: I'll Be Funny Next Time

New contributor alert! Expect posts from this guy occasionally. You'll know when you see this:

I'll be funny next time, I promise. You see, my goal here (as a writer) is to let Woo Pig Brewey do all of the journalistic heavy lifting and I'll make jokes. Basically, I'll be your clown. I'm down with that and we'll get there, I promise. But not this time. I can't be funny this time. There is too much at stake.


The craft beer industry in Arkansas is young and impressionable and in the next few years it can go a few chaotically different ways. See, in a way, the craft beer movement in Arkansas is in a fight for its soul. I know, I know, that sounds dramatic. But it isn't. Not if you love it. Many of us are invested in this, financially, emotionally, or otherwise. It is in its infancy and we get to decide which direction it goes from here.

We're in a battle against the big boys, who are on one hand trying to dip their toes into the craft beer market (sometimes admirably, Goose Island, sometimes ridiculously, I'm looking at you Shock Top) and on the other hand they are trying to cripple craft beer movements by instructing their beer reps to try and take craft handles <coughMillerLitecough>. They can't have it both ways. Regardless, today this is not a battle that overly concerns me. Look at the numbers. We are winning. No, our biggest battle comes from within: beer geeks vs beer snobs, localists vs enthusiasts, big beer versus better beer, and money versus culture. 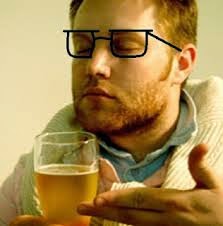 I've pontificated at length about beer snobs, but indulge me once more. What will be a common theme here is inclusion vs exclusion. Beer is throughout history, the drink of the everyman. Princes drink wine, plebes drink beer. Elitism is not and should never be our game. The wine industry is riddled with snooty wine snobs and it ruined it for the rest of us. So, beer snobs, put your monocle away and stop trying to hijack beer culture in this state. We should and really, we have to include everyone that wants to be involved. We have to lift ourselves and everyone around us up and never exclude people that we view, for whatever reason, as less. Educate not subjugate. You want to know how to deal with a Coors drinker? Offer them something from your stash, don't ridicule them and write them off. Beer snobs are a major bane on our rapidly growing movement. They may very well be the worst (they're the worst) but they aren't the only ones. 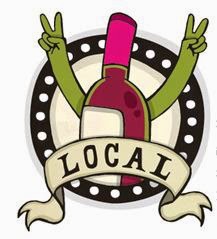 There is a growing (and in many ways noble) movement across all aspects of society. It is the locavore movement, specific to our purposes here, the "Drink Local" movement. To which I say, "Nah". I'm not being flippant, I'm being honest. I'm a hippie at heart, don't get me wrong. I support local food and local businesses whenever I can. I get it, I do. But to what end? Should Boulevard and New Belgium be punished even after they showed us love before anyone else was interested in us? Should Sierra Nevada be pushed to the side simply because we finally caught up with the rest of America and shit out a few new breweries? What about all of those breweries that were here before there was even a twitch of what we could become? Should we make choices based on locality or should we make those choices because the beer is just better? Our local breweries should accept the challenge to be better, to rise up to the standards of their regional and national and international brothers and sisters. These are all talented and capable people. Why should we ever give them any excuse to rest on their laurels? Whether spawned by the well-meaning locavores or the jingoistic that believe that you should drink their beer simply because it is from Arkansas, this is an argument worth having and it will persist. I just believe we should help breweries rise up, support them, but until they are the best beer in my stash, I'll be drinking whatever I damn well please.

The last battle I want to discuss is the one I think is potentially the most poisonous and the most long term problematic, because there is an inherent disconnect between the history of beer culture and modern business. At least fundamentally, all of us want to be able to make money in this industry. Competition is a wonderful thing. But aside from our beer business Voldemorts, this competition has long been friendly and supportive. Collaborations have always been the norm. The original craft beer gurus were outcasts and ne'er-do-wells (Spoiler alert: We still are). There was a common kinship in getting to make a living doing what we all love to do, talking about, brewing, and drinking great beer. We have to stick together, we can't get caught up in the business side of things and start suing one another, start throwing up legal roadblocks against new breweries. It is counterproductive. All we have is each other to lean on and learn from. The craft beer business as we know it was built brick by brick by friends, some providing the base, others the mortar, others the stones themselves. And, yes, as any industry grows so does the competitive head-butting. But we should never forget where we came from. Not only do we not have to play that game, but we have a responsibility to make ourselves and everyone else around us better, to lift each other up, to collaborate and grow together. You can dig that, right? Beer should always be inclusionary and never, never, never exclusionary. Same as it ever was.

I'll be funny next time...promise.

Email ThisBlogThis!Share to TwitterShare to FacebookShare to Pinterest
Labels: The Beericist