One thing I really like about local brewery and self-professed Taproom Trailblazers Stone's Throw is that they're not shy about putting out new beers. Almost every weekend when I visit there is something different on the wall and they often have as many as 7 of their own brews out of the 8 tap handles now. It's an ever-changing taste bonanza.

So today they posted that they had a couple of new ones set to flow this weekend:

So direct from their website, here's a bit more about these 2 new brews set to debut this weekend:

Witbier is a 400-year-old Belgian style wheat ale. The grist is simple: typically 50% raw wheat and 50% pilsner malt give it a very pale straw color; almost white in appearance. Some spices, such as coriander and curacao add to the complexity. The Belgian yeast layer in a peppery spice flavor that blends well with the pleasant sweetness of this wheat based ale. Waterloo is a refreshing Belgian ale, perfect for celebrating a French defeat. 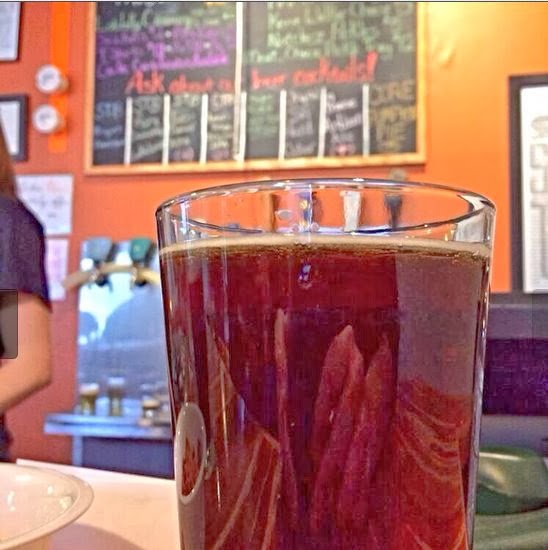 Who says Oktoberfest is a seasonal style? Leonhard Euler (pronounced ‘oiler’) is a medium-bodied German lager with a malty sweetness craved year-round. A “natural base” of many base malts give this lager a forceful malty backbone that is complex and delicious. A clean bitterness comes from the finest Noble hops. Unlike its namesake, there is nothing irrational about the exponential delight you will receive from this beer.

So there you go, a Witbier and an Oktoberfest. They've recently had an imperial Oktoberfest called Big Damn Horn-O-Plenty that I really enjoyed so if that's any indication, I'm definitely looking forward to trying some pints of the "Leonhard Euler." If I'm not mistaken, this is the first Witbier I've seen show up there so that should be pretty interesting too.  As usual, this will keep a wide variety of styles on tap for them so there's something for everybody. Well, except maybe mass-produced light lager lovers.