Back in the Spring I had the good fortune of  spending a couple of days being shuttled around the awesome Fayetteville Ale Trail up in northwest Arkansas, and in addition to getting to drink gallons (no, really... gallons) of great brews from right here in our home state, I also got to meet some really cool like-minded people. One of them runs a fantastic and very informative Twitter feed under the handle Fayettebrew for the NWA folks and if you love Arkansas beer you really need to follow him, regardless of where you live.

He's been kind enough to also take the time to whip up a little something reviewing the beer scene up there from his perspective for 2014 which I'll be sharing right here. This is Part 1 (focusing on brewpubs) and you can hopefully look for a Part 2 in the next week.

Over the last few years Arkansas' craft beer community has quickly expanded. Breweries, brew pubs, and craft beer bars have popped up almost as if a local craft beer lover was adding them to a town on Sim City. This expansion has brought the Fayetteville and Northwest Arkansas communities an enticing range of breweries and brew pubs to choose from - each providing a selection of beers to sample new styles or hone in on distinct characteristics of favorites. Unlike 2012 and 2013, which saw the addition of quite a few new breweries and brew pubs, this past year the locally brewed community in Northwest Arkansas was more about allowing roots to set in and production expansion. That certainly did not mean it was a quiet year! On the contrary, the eight breweries that were active in the area participated in festivals, collaborations, series of limited releases, and all the good things that give local craft beer fans reason to believe that their emerging local beer community will be here for quite some time.

The celebration of locally brewed craft beer in Fayetteville and Northwest Arkansas also took the shape of awards and recognitions bestowed to many of the local breweries. Here is a brief list, presented alphabetically:

2014 did include two significant transitions in the Northwest Arkansas brewing community, both occurring around October. The first transition was also the first closing in current era of locally brewed beer in Northwest Arkansas: Tanglewood Branch Beer Company emptied its tap lines for the last time and closed its doors at the start of October. The second transition brought Bentonville into the fold as a home for local brewing: Bike Rack Brewing Co. hosted its grand opening in late October after spending most of the year working on the litany of construction and licensing projects that go into opening a brewery.

To recap the rest of the year in local craft brewing in Fayetteville and Northwest Arkansas, I have compiled a breakdown of the every place that produced a pint of beer. Part one will feature the brewpubs and part two will show as the breweries. 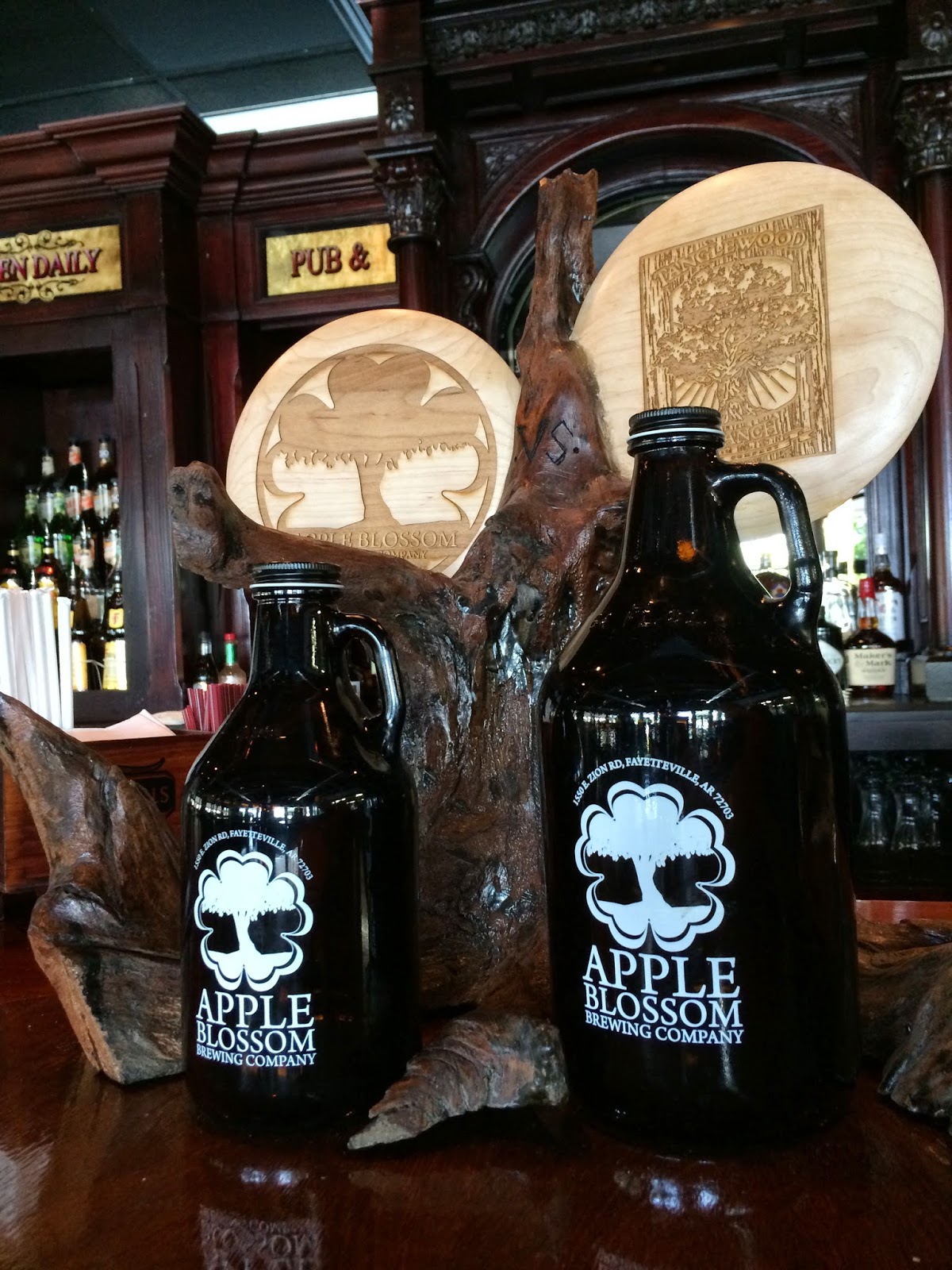 ABBC stayed busy in its first full calendar year, producing a wide range of beers, including collaborations with Tanglewood Branch (Applewood Smoked Stout) and Moody Brews (their Earl Gray ESB is now on tap). The month of May might have been Apple Blossom's busiest because, in addition to their regular operations at the brew pub, they attended the Fayetteville Foam Fest for the first time and then went on to host the largest beer garden at the Block Street Block Party in Fayetteville. With all of this activity, their beer lost ran a little shorter in May and June, so if you have not been to ABBC since then you should make plans to visit again soon. October was another big month: the Apple Blossom crew attended the Great American Beer Festival (GABF), pouring five ABBC beers for attendees, and head brewer Nathan Traw, who had been with ABBC since it opened, took a new opportunity with another local brewery. Nathan wrapped up his time with Apple Blossom at the end of October and Sammie Stephenson is now the head brewer. December brought some recognition to ABBC as the Northwest Arkansas Citiscapes readers' poll awarded Apple Blossom "Best Brewery". 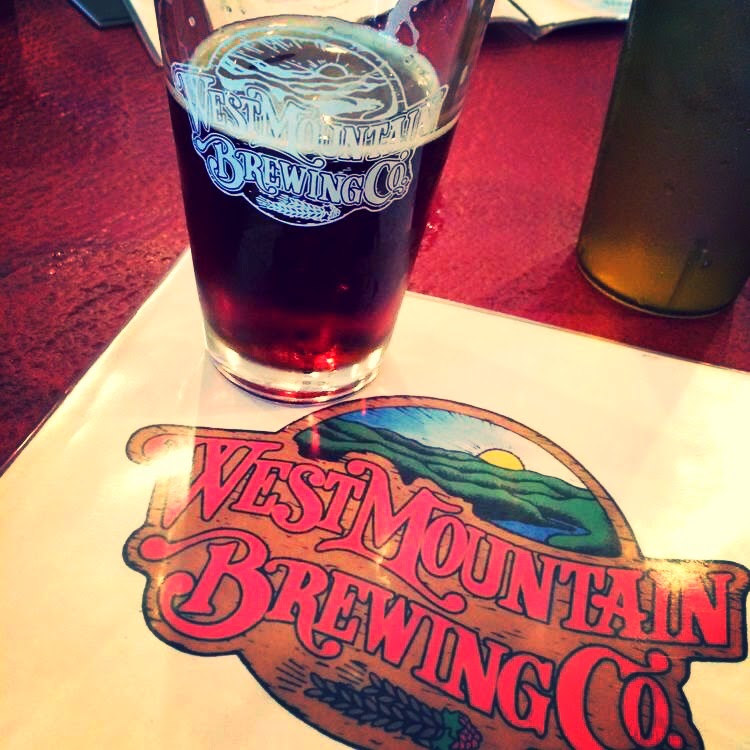 West Mountain keeps a pretty low profile when it comes to their operation - steadily focusing on a core rotation of house beers while introducing interesting releases throughout the year to the delight of regulars and visitors alike. They maintain a great presence at Fayetteville events like the St. Patrick's Day on the Hill stout championship, Foam Fest, First Thursday, and Brews and Brats. The biggest news from this brewery up on the Fayetteville square was Ryan Pickop joining the operation as brewmaster following Will Gallaspy's departure. Ryan has kept the flagship West Mountain IPA going and has given some hints as to what he has in mind for 2015.
Some standout beers from West Mountain in 2014 included their Irish Stout, Weizenbock, Saison, Black IPA, New Zealand Pale Ale, and American Stout. 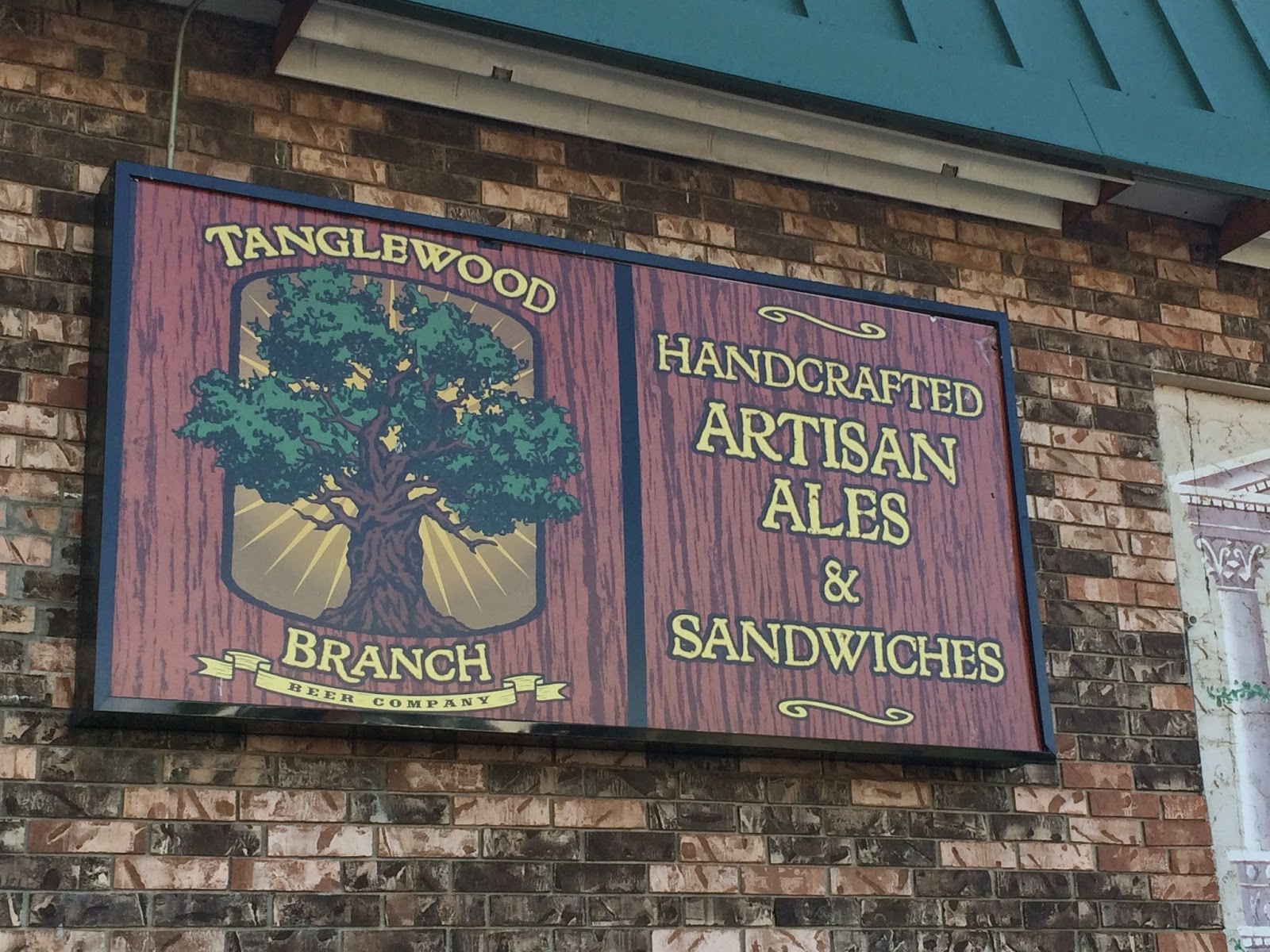 As mentioned above, 2014 was a fateful year for Tanglewood. In January they successfully completed their CrowdTilt fundraising campaign, which allowed them to stay open and keep brewing.  The next few months were dedicated to re-establish their brewing process, reintroducing staples like the Southside Porter and introducing the sale of their "squeeler" half-growlers. In August they brewed a collaboration beer with Apple Blossom Brewing Company, a Belgian-style stout called the "Applewood Smoked Belgian Stout" that went on tap at both brew pubs. This was the first collaboratively brewed beer between two Fayetteville breweries. September brought the unfortunate news that Tanglewood would be closing its doors for good at the start of October, having lost their lease. The heads up gave local beer patrons the chance to come by one more time to celebrate the contributions Tanglewood had made to the local beer community.

In their final year, some standout beers from Tanglewood included their Apple Ale, the "Southtown Brown", the "Dubbel Jubilation", and the "Me and My Dunkel" imperial dunkelweizen.

It will be fun to see what Apple Blossom and West Mountain have in store for local beer lovers in 2015, as both breweries start off the new year with new head brewers already in place and a dedicated following at each respective location. With 2014 in the books for the Northwest Arkansas brewpubs, the next post will take a look back on the year with regards to the local breweries: Bike Rack, Core, Fossil Cove, Ozark, and Saddlebock.
Posted by Woo Pig Brewey! at 1:00 PM