It's certainly a great time to be a craft beer lover in the state of Arkansas with so many new breweries, new beers and beer-soaked events taking place lately you really do need a program to keep up. Follow along on my Twitter feed and I'll do what I can to keep you informed, but here's a compilation of some things that are on my mind this morning.

One of the reasons I've not been regularly updating the blog here is that the bi-weekly radio show I co-host with my man Bryce Nall, Tap Time on 103.7 The Buzz, has been taking up time. We've just finished our first 3 months and it looks like we have 5 more months worth for sure so that should keep going through the summer. Last week's show was my favorite yet possibly, with guest Founders Brewery, but it hasn't made it to Soundcloud yet. Here's a link to the previous shows though, all except the first one we did:

The next show is March 21st and Rebel Kettle Brewing will be the guest. You don't want to miss this one!

Speaking of Rebel Kettle Brewing, they seem to be opening on an "any time now" sort of thing. I feel pretty sure that we'll be in there drinking their killer line-up of beers before March ends, but there's no official word yet. My fingers are crossed as I couldn't be any more excited about this awesome brewery getting going.

The newest Core Public House opened in central Arkansas on Friday at 411 North Main Street in North Little Rock. That's in the Argenta area if you're not familiar and it's not far from Flyway Brewing and Diamond Bear's tap rooms. The place looks great, has a cool staff and plenty of Core beers, with at least 10 taps flowing all the time and 12 total. Most of the beer lovers in central Arkansas are already familiar with Core beers as they've been available here for years, but we should see a lot of beers we wouldn't normally get to try plus there will be all sorts of special events and such going down. Here's a rundown of what's on now from my opening night visit: 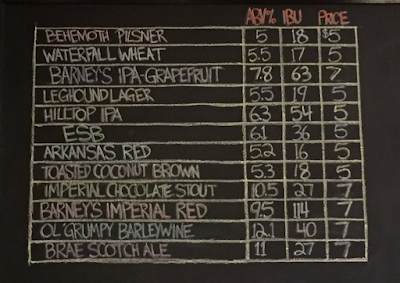 Up in northwest Arkansas, Rogers to be more exact, New Province Brewing Company got their doors open last week and although I haven't been there it looks really cool in all the pictures I'm seeing. I can't wait to see it in person and try some beers, hopefully soon. They're on a 15bbl system and are starting with 4 beers.

We're just over a week away from Stone Brewing Company and Arrogant Bastard Brewing joining the state and for me this is going to be HUGE. I love their beers and have for many years. The big news for Little Rock is the “Arrogant After Party” at Sticky Fingerz, which will be following Foam Fest on Friday, April 1st. Boom! Put that on your calendar. Can't wait. 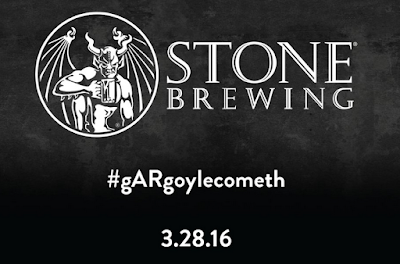 Bell's Brewery will be in Arkansas in late April! That's two of America's best breweries to launch here in a month.

Here's a few festival dates for you, click the links for details: 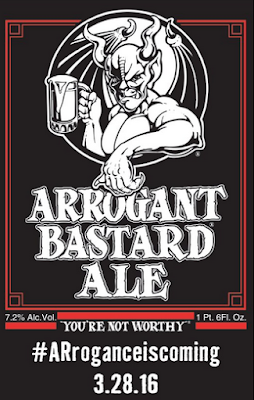