Kirsch Gose was a new release for Victory in 2015 and their first bottled gose. The reaction from fans and critics was immediate and the limited release remained highly coveted throughout the summer and into the fall. Receiving 91 points from Wine Enthusiast, Kirsch Gose was described as “lively, bright and extremely effervescent …with raging acidity and a hint of salinity holding onto the finish.” With its sharp, slightly sweet cherry flavors against flavorful briny notes, the brew is a modern twist on a traditional German style that dates back to the 1500s. Victory pays further homage to gose’s German roots by using the German word for cherry, aka ‘kirsch’, right on the label of its beloved standout seasonal. The kirsch adds a sweet element that creates a pleasantly sharp balance of flavors. Featuring a variety of wheat malts, Czech-grown Saaz hops and natural cherry juice from King Orchards of Michigan, Kirsch Gose creates a distinctly bracing, light-bodied beer with an ABV of 4.7%. 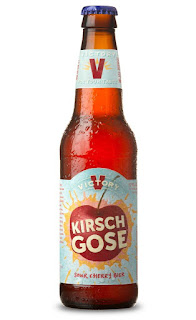 Sour Monkey is also returning for year two. The sour, Brettanomyces-infused Tripel is a transformation of Victory’s beloved and GABF Gold Medal award-winning brew, Golden Monkey. Sour Monkey combines juicy Tettnang and Hallertrau whole flower hops with Pilsner malt and coriander seed before adding the fun and funk of non-standard yeast varieties. These yeasts are known for their volatility and are often left out of the brewing process due to their hard to control nature. However, the brewers at Victory have harnessed the power of the yeast with a unique recipe, fermentation control, and final blending within the brewing process, to create exciting, savory nuances. With an ABV of 9.5%, Sour Monkey delivers a punch with the pure taste of Victory. 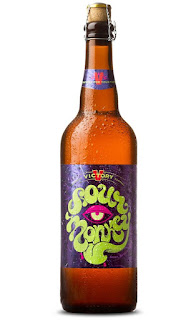 Available April 1 throughout Victory’s 37 state distribution footprint, Kirsch Gose’s suggested retail price for a 12 oz. four-pack is approximately $9.99, but varies upon location and is also available on draft. Sour Monkey will be available July 1 in 750 ml bottles and the suggested retail price is approximately $9.00 and is also available on draft. Use Victory’s Beerfinder to discover a nearby location, or download the free Victory Mobile app for Android or iPhone.