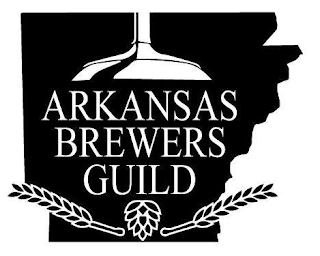 Arkansas Brewers Guild to Hold Festival
Growing Local Beer Community Featured, Industry Leaders Meet
Little Rock, AR, July 9, 2015– Details were announced today for the first Arkansas Brewers Conference & Festival to be held Saturday, July 18 at the Arkansas State Fair Complex in Little Rock. The evening festival will be open to the public and feature breweries from across Arkansas. A conference for the local brewing community will proceed the festival.
“The brewing industry in Arkansas is experiencing record growth, and it is important that we all work together to promote the craft within the state. This conference & festival will connect members of the brewing community to one another while offering a unique experience to the public to sample a variety of local beers in one place.”
Russ Melton, President Arkansas Brewers Guild
The Arkansas Brewers Festival is designed for the general public to taste beers from a number of different local breweries and in a variety of styles. Breweries both small and large are participating from around the state. General admission to the festival includes 10 samples; VIP admission features 25 samples and a commemorative glass. The Arkansas State Fair has free secure parking while Uber has a promotion on rides to the event, which runs from 7:00-10:00pm on July 18.
“The Arkansas State Fair is a perfect host site for an event like this. The variety of facilities & convenient location are a great fit for what the Arkansas Brewers Guild has planned. We’re looking forward to many future partnerships with the local brewing industry.”
Will Hornburg, Arkansas State Fair
During the day members of the local beer community will gather to network, share, and conduct official business as part of the Arkansas Brewers Conference. The program features sessions, panel discussions, and workshops on a variety of topics. The Guild’s annual business meeting includes remarks from Gary “Bud” Roberts, director of the Arkansas Alcoholic Beverage Control Division, and Dan Kopman, board member for the national Brewers Association and co-founder of Schlafly Beer in St. Louis, MO.
“The Guild by-laws require us to have an annual meeting. We thought since the industry is growing so fast with so many new faces popping up it would be great to offer more than just a business meeting when we all gathered. Out of that the Arkansas Brewers Conference was born!”
Ian Beard, Chair Arkansas Brewers Conference & Festival
Festival tickets are available online at http://www.etix.com/ticket/p/5215055/arkansas-brewers-festival-little-rock-arkansas-state-fair through July 17. Tickets will also be available at the gate on July 18. General Admission is $9.99 online, $15 at the gate; VIP Admission is $19.99 online, $30 at the gate. Tickets include parking and beer samples, concessions will also be available for purchase.
“I think festival goers will be delighted and impressed at the variety and quality of beer that Arkansas has to offer. It’s a great deal and we’re going to have a great time!”
Ian Beard, Chair Arkansas Brewers Conference & Festival

The Arkansas Brewers Guild is organized to promote, in every lawful manner, the common interests of the members of the brewing industry in Arkansas. It is recognized by the Brewers Association as the official trade group for the industry in the state. The Guild operates as a non-profit corporation and pursues its mission through public events, industry initiatives, and governmental action. Find out more about upcoming Guild events at https://www.facebook.com/arkansasbrewersguild
# # #
If you would like more information about this topic, please contact Ian Beard at 501-908-1816 or email at ian@stonesthrowbeer.com.
Posted by Woo Pig Brewey! at 8:21 AM