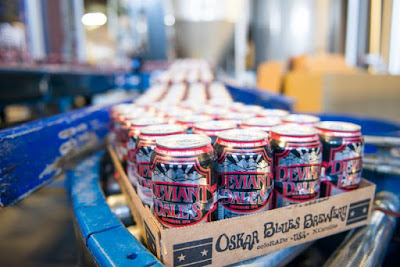 Since its inception, Deviant Dale's has won a slew of awards, including a silver medal at the Great American Beer Festival in the American-style IPA category in 2011 and a score of 99 from Rate Beer. Check the Oskar Blues Brewery Beer Finder to locate Deviant Dale's IPA near you.
Posted by Woo Pig Brewey! at 11:44 AM